END_OF_DOCUMENT_TOKEN_TO_BE_REPLACED

On the Republican Tax Deform 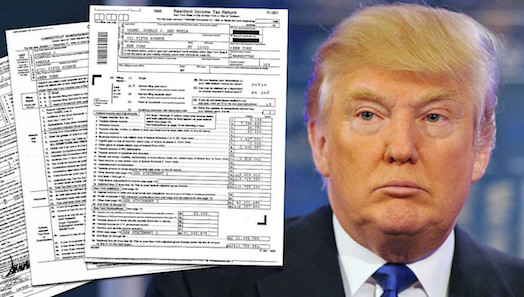 On the Republican Tax Deform

Taxes: the one issue where – as an economic conservative – I would be more sympathetic to my old party (the Republicans) than my new one (the Democrats). As I awaited the Republican tax reform plan, I even recommended Democrats find a way to work with the GOP to improve it.

Well, the plan was at last revealed today, and about the only link this fiasco has to actual tax reform was Congressman Brady quoted Ronald Reagan from 1986 (CNN).

​I should note that on a personal level, the proposed tax bill will likely make me better off. However, what may be better for me will probably not be better for the country.

The purposes of tax reform – true tax reform, that is – are as follows: (1) to simplify the code in general, (2) to shift economic activity from tax avoidance to more productive efforts, (3) to lower tax rates to encourage greater investment, and (4) to remove deductions and credits far more likely to be used by wealthier Americans. Now, some of those overlap, but the last one in particular was critical in making the 1986 reform bipartisan (in fact, as measured by the Gini coefficient, the rise in inequality was considerably slower than in the years before).

The proposed Republican tax bill does exactly zero of these things. It leaves the tax code more complicated than before, encourages rather than discourages tax avoidance activities, and increases behavioral distortions rather than reduce them.

I would call it a Keynesian tax cut masquerading as supply-side policy, but the late John Maynard Keynes doesn’t deserve the insult of having his name attached to this drek.

Most Democrats will likely oppose this tax reform – or to be more precise, tax deform – for different reasons than this Democrat will: they’ll focus on the tax reduction for wealthy voters and on the impact upon the deficit. They would especially have a point on the latter, and the former is largely a sound-bite version of the lack of addressing Purpose #4 (see above).

Republicans could have handled both issues by using the 1986 tax reform as a guide. Instead, they tried to make the 1981 tax cut less politically problematic. The result was to make it economic hash.

Democrats economics Republicans taxes
Not finding what your looking for? Try a search

2 comments on On the Republican Tax Deform