END_OF_DOCUMENT_TOKEN_TO_BE_REPLACED

Wave Goodbye to the Wave Election 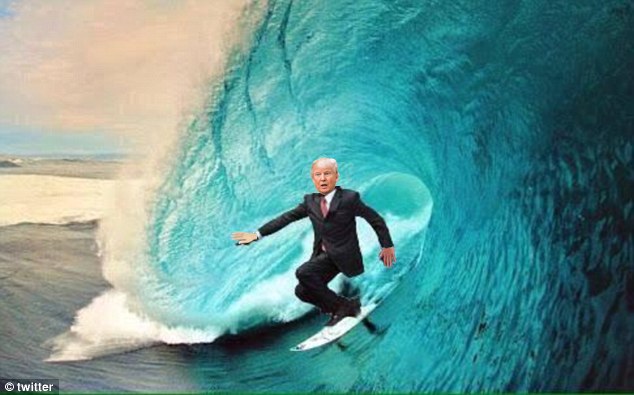 Wave Goodbye to the Wave Election

Though the makings of a democratic wave election in the midterms seem apparent – enthusiasm, leading indicators, a highly divisive president – one key component is missing… and it could be the fatal flaw.

Every wave election has an overriding theme or movement behind it. Today’s Democratic party lacks either.

In the last half century, there have been six wave elections.* Two were presidential election cycles, the other four were midterms.

The 1980 Reagan wave was powered by a weak economy and the Iran hostage crisis, but mostly by a charismatic presidential candidate who gave a face and voice to the movement. Similarly, the 2008 Obama wave was driven by a war-weary nation and a financial crash, and a charismatic candidate. But let’s put those aside and look at midterms, where there is no presidential candidate to embody the movement.

In every midterm wave, there were clear economic and foreign policy crises that turbo-charged the national mood:

1994 – a faltering economy, healthcare, and the GOP’s “Contract with America”

Now let’s look at the prospects for 2018. Other than an historically unpopular first-term president, what issues do the Democrats have to run on? Even with the current stock market correction, it’s unlikely the economy will tank before November. (It takes six months of negative GDP to classify a recession, and right now GDP is strong.) Unemployment is historically low. There is no new military conflict. By November DACA will likely be resolved and the only immigration issues will be the border wall and the lingering Muslim ban court cases. Trump is riding high on the tax cuts and the recent long-term budget deals. Even the #MeToo movement is too fractured to break solidly Democratic. The party can’t own the issue with Bill Clinton, John Conyers, Harvey Weinstein, Al Franken, and Anthony Weiner as its poster boys.

Plus the Democrats are still a splintered party with no national leader to rally the troops. So they will be left to a series of local races with no unifying issue or theme to power them past heavily financed incumbents.

Unless the anti-Trump movement itself is enough to power the wave, what should be a tsunami may turn into a small storm. Democrats are likely to pick up seats in the House, but unless they net 24, the GOP will still own both chambers and the Executive branch.

The party’s leaders better settle on a set of core issues now, issues that will resonate with middle-class voters and power midterm turnout. And they better be bumper sticker stances, not nuanced wonky ones that take two minutes to explain.

So what can you do? Find the issue you are passionate about and post about it tirelessly on Facebook, Twitter and other social media. Join Facebook political groups to magnify your voice. Share posts on the issue and send them to your senate and congressional candidates. Be your own campaign manager and campaign spokesperson. Then pick five races with five candidates you are excited about and donate. If every Democrat becomes a one-man SuperPac, we win.

Unless we’re all in the campaign, Trump and company will be campaigning on tax cuts, jobs and prosperity, while Democrats be running on Russia and Robert Mueller.

I respect Robert Mueller. But I don’t think he’s a wave.

Kevin Kelton is a writer and co-host of The More Perfect Union podcast and founder of the Facebook groups Open Fire Politics, Open Fire Food & Spirits, and Open Fire Sex.

* An argument an be made that 2014 was also a wave election, but since the House was already heavily GOP, movement of congress further right isn’t being counted here as a “wave.”

2 comments on Wave Goodbye to the Wave Election