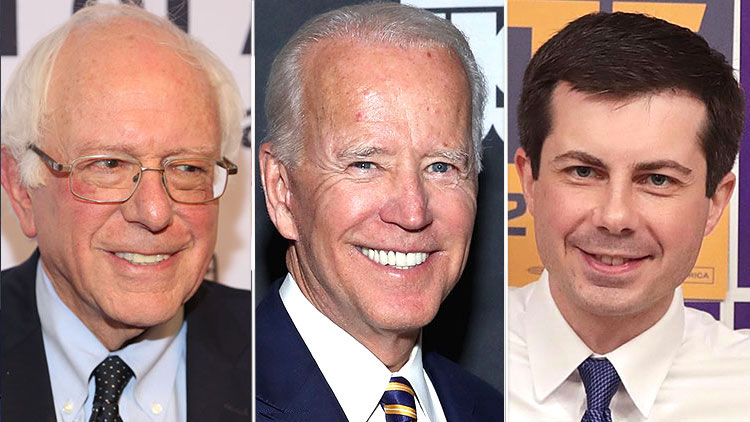 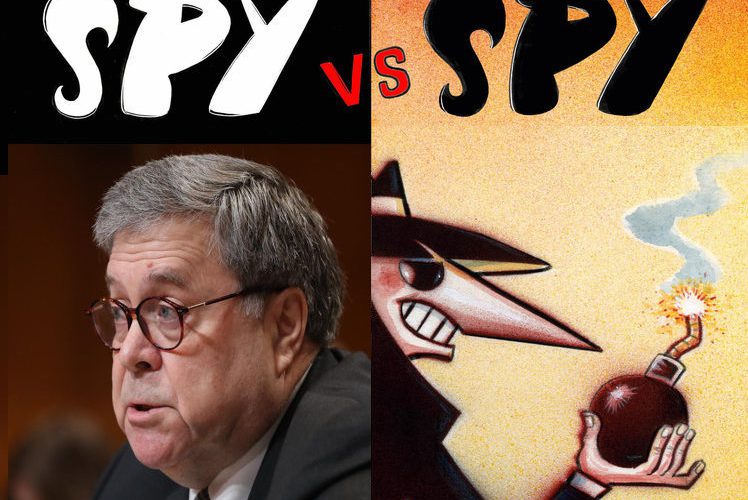 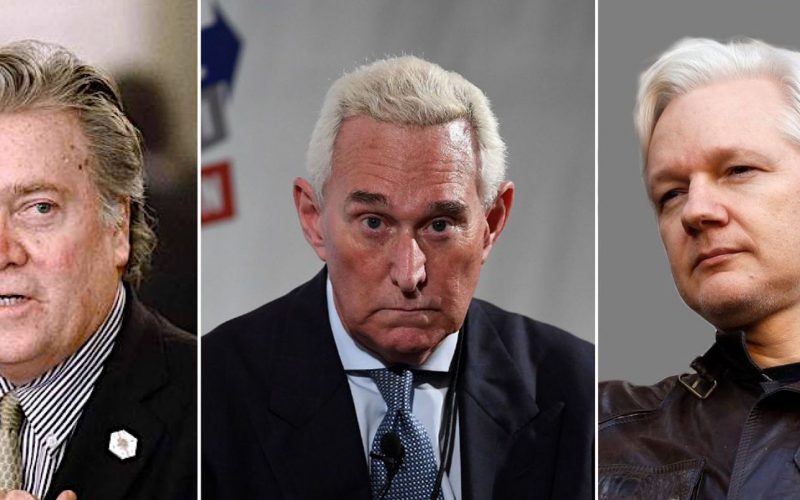 Mueller vs. Mueller: The Conspiracy Right Before His Eyes

According to AG William Barr, special counsel Robert Mueller did not find enough evidence to suggest a criminal conspiracy between the Trump campaign and the Russian government. But we also know from Mueller’s court filings that WikiLeaks and DCLeaks released some 150,000 illegally stolen emails they received from Russian government hackers, that Trump friend Roger Stone encouraged and coordinated with Julian Assange to release those emails, and that Stone kept the Trump campaign informed about the email dumps all along the way.

So how the heck did Mueller not see a criminal conspiracy in his own facts?!

Here are the relevant facts from the criminal indictment of Roger Stone with the names filled in. These are Mueller’s own words. Taken together, it’s hard to avoid the conclusion that Roger Stone and “senior Trump campaign officials” including campaign chairman Steve Bannon were colluding with WikiLeaks to help coordinate the email dumps. You be the judge.

FROM THE ROGER STONE INDICTMENT. THESE ARE MUELLER’S EXACT WORDS:

During the summer of 2016, ROGER STONE spoke to STEVE BANNON about WikiLeaks and information it might have had that would be damaging to the Clinton Campaign. STONE was contacted by Bannon and other senior Trump Campaign officials to inquire about future releases by WIKILEAKS.

Around July 2016, STONE informed senior Trump Campaign officials that he had information indicating WIKILEAKS had documents whose release would be damaging to the Clinton Campaign.

After the July 22, 2016 release of stolen DNC emails by WIKILEAKS, a Senior Campaign Official was directed to contact STONE about what other damaging information WIKILEAKS had regarding the Clinton Campaign. STONE thereafter told the Trump Campaign about potential future releases of damaging material by WIKILEAKS.

STONE also corresponded with associates about contacting WIKILEAKS in order to obtain additional emails damaging to the Clinton Campaign. (AUTHOR’S NOTE: This is no longer passive. Stone is now active in the conspiracy.)

On July 25, 2016*, STONE sent an email to JEROME CORSI with the subject line, “Get to Assange.” The body of the message read, “Get to Assange and get the pending WikiLeaks emails. They deal with [The Clinton] Foundation, allegedly.”

On August 2, 2016, CORSI emailed STONE, saying: “Word is Assange plans 2 more email dumps. One shortly after I’m back. Second in October. Impact planned to be very damaging. Time to let more than Podesta be exposed as in bed with the enemy if they are not ready to drop HRC. Would not hurt to start suggesting HRC [is] old, memory bad, has stroke, and [is] not well. I expect that to be much of the next [email] dump focus, setting stage for [Clinton] Foundation debacle.”

On August 8, 2016, STONE attended a public event at which he stated, “I have communicated with Assange. I believe the next tranche of his documents pertain to the Clinton Foundation, but there’s no telling what the October surprise may be.”

On August 25, 2016, Julian Assange was a guest on RANDY CREDICO’s radio show. Shortly after, CREDICO sent a text to STONE that said, “Assange has kryptonite on Hillary.”

On September 19, 2016, STONE texted CREDICO again, “Pass my message to ASSANGE.” CREDICO responded, “I did.”

On October 2, 2016, STONE emailed CREDICO, with the subject line “WTF?,” a link to an article reporting that WIKILEAKS was canceling its “highly anticipated Clinton email dump due to security concerns.” CREDICO responded to STONE, “head fake.” Later that day, STONE texted CREDICO and asked, “Did ASSANGE back off?” CREDICO responded, “I think it’s on for tomorrow.”

On October 3, 2016, STONE wrote to a major Trump campaign supporter, “Spoke to ASSANGE last night. The payload is still coming.”

Also on October 3, 2016, STONE received an email from a reporter asking, “ASSANGE – what’s he got? Hope it’s good.” STONE responded, “It is. I’d tell [STEVE] BANNON but he doesn’t call me back.”

On October 4, 2016, STONE received an email from STEVE BANNON asking about the status of future releases by WIKILEAKS. STONE answered that there would be “a load every week going forward.” (NOTE: This is the Trump campaign chairman now coordinating with Stone about Clinton email dumps.)

Later that day, a major Trump campaign supporter asked STONE via text if he had heard anymore from Assange. STONE told the supporter that more material would be released and that it would be damaging to the Clinton Campaign.

Three days later, WIKILEAKS released the first set of emails stolen from Clinton Campaign Chairman John Podesta. Shortly after WIKILEAKS’s release, an associate of STEVE BANNON sent a text message to STONE that read “well done.” (NOTE: This again is the Trump campaign chairman coordinating with Stone about the email dumps and acknowledging the campaign’s appreciation.)

It should be noted that Stone repeatedly lied to the FBI and investigators about all these matters, falsely denying most of them, and was also charged with Obstruction of Justice in this matter. As the New York Times Editorial Board stated, “Mr. Stone participated in and helped conceal an effort by the Trump campaign to cooperate with WikiLeaks in publicizing thousands of emails stolen from the Clinton campaign, which was done to devastating political effect.”

The Roger Stone  indictment – with the charges set forth above – was signed by Robert S. Mueller. If he does not see a criminal conspiracy in these facts, I would love to learn why not.

* Where the indictment said “On or about” a date, author changed it to “On” for easier reading. Some missing prepositions and connective words were filled in for clarity.