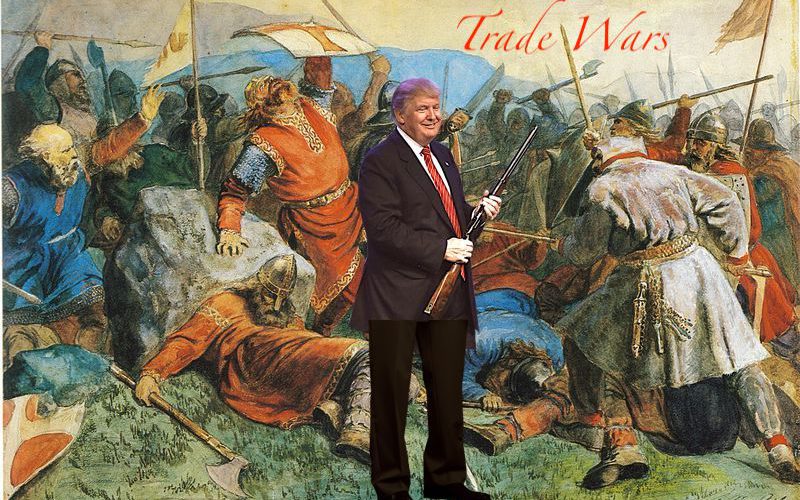 The Trans-Pacific Partnership Begins … Without the United States

Remember the Trans-Pacific Partnership? That was the major trade agreement between 12 nations, including the United States, that most Americans thought had died when Donald Trump pulled America out of it in early 2017.

Well, Trump may have pulled us out of TPP, but he didn’t kill it (Telegraph, emphasis added).

The world’s most radical trade pact has come into force across the Pacific as the US sulks on the sidelines, marking a stunning erosion in American strategic leadership.

The White House assumed that the TPP would wither on the vine without US impetus.Instead, long-standing US allies across the Pacific have brushed off pressure from Washington and forged ahead regardless with what is now known as the “anti-Trump pact”.

“America is the biggest loser,” says the Peterson Institute in Washington. The fall in food tariffs under the CPTPP means that US farmers will be undercut by exporters from Australia, Canada, and New Zealand in the lucrative Japanese market. Wheat from Canada will be $70 cheaper per metric tonne by 2020.

Australia, Canada, Japan, Mexico, New Zealand, and Singapore have ratified the agreement (Quartz). They will all soon benefit from the tariff reductions that will take place (Reuters). Those of us old enough to remember when Japan was considered the corporatist and protectionist bete noire of the free world can only marvel as Japan moves into agreement while the United States does not (Japan News and Nikkei Asian Review).

Much of the coverage regarding America’s exclusion is focused on the man who pulled us out – Donald Trump. My opposition to the president – politicallyand personally– are well known to readers here. In this case, however, Trump is far from the only culprit. His opponent – yes, the one for whom I eventually voted – walked away from her support for TPP during the campaign. Indeed, she walked away from freer trade in general – a policy and political mistake that I firmly believe led directly to her defeat in several states where Gary Johnson (the one pro-TPP candidate) won more votes than Trump’s margin of victory (Michigan, Pennsylvania, Wisconsin, Florida, and Arizona).

The two nominees, sadly, reflected political parties that were, at the time, far more interested in emotional tribalism than well-thought-out economics. The Republicans’ weakness was exposed in 2015 when some of them started calling Trade Promotion Authority and TPP “Obamatrade” – paving the policy road for Trump. Democratic politicians long held protectionist views as a sort of tribal signaling to organized labor (although, as the Pew Research Centerrevealed, Democratic votersdidn’t share that view).

That it led to the wife of the man who managed to get NAFTA through Congress in 1993 became a political casualty of all this was painfully ironic (to some – or maybe just to me).

There is, however, cause for optimism. The Democrats are, if anything, even moresupportive of freer trade agreements (see Pew’s link above), while Trump’s tariffs are losing popularity (Pew again).

Republicans, sadly, are following their leader into protectionism – yet another reason to presume Trump will easily be renominated in 2020. However, if Democrats can choose a nominee that can appeal to supporters of freer trade and opponents of tariffs (or, as I’ve started to call us, “trade doves”), not only can the party hold the swing voters who crossed over in 2018 (and win more of them), but they can also ensure that the country moves away from its current protectionist cul-de-sac.

We might even be able to re-enter the TPP. 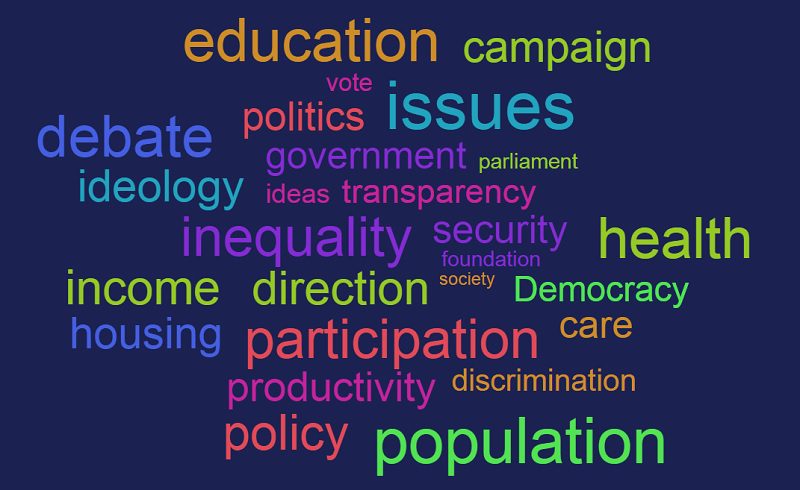 When I chose to become a Democrat (a few hours after Trump was declared the victor of the presidential election), I expected a difficult period of adjustment. I’d left the GOP six months earlier, but leaving one major party and switching to the other one are two very different things.

Of course, Trump had ensured the two parties had flipped their supposed positions on national security. Those who have listened to the More Perfect Union Podcast since November 2016 are well aware that my opposition to Bashar Assad’s Syrian regime was what led me to vote for Hillary Clinton in the first place. Trump’s behavior towards Vladimir Putin in particular has made it far easier to be a conservative Democrat than I thought possible – not that it makes up for the damage to the free world. What I assumed would cause the largest headache was watching my old party on economic policies (where at least in theory they preferred freer markets) while my new one clung to its instincts for greater government intervention.

Nearly two years later, much to my surprise, that isn’t what I’m seeing. Sure, the Democrats are clearly moving leftward on health insurance, but they’ve moved in the opposite direction on freer trade (the voters far more dramatically than the elected officials).

Meanwhile, the Republicans…oh, dear. The party has largely swallowed whole Trump’s rampant protectionism, either lapping up tariffs as the great panacea or naively telling themselves it’s all about getting “better deals” – never mind that the only two agreements Trump has reached are either worse than the status quo (Mexico) or no longer operative according to Trump (the EU handshake).

Meanwhile, Trump has also spent time whacking the Federal Reserve for raising interest rates, even complaining to Bloomberg about how he couldn’t depreciate the dollar for his trade wars because the Fed wouldn’t play ball.

Then came the social media wars. At first, I figured Laura Ingraham insisting on turning Facebook and Twitter into public utilities was just an extreme one-off. I was wrong (CNBC).

U.S. Attorney General Jeff Sessions will meet with state attorneys general later this month to discuss concerns that tech companies “may be hurting competition and intentionally stifling the free exchange of ideas on their platforms,” the Department of Justice said in a statement Wednesday.

The proposed meeting between the country’s top prosecutor and state officials is the first major signal of potential antitrust action against Silicon Valley and follows recent claims by President Donald Trump of political bias and censorship by major social media firms.

Here’s what Sessions’ Justice Department had to say:

“We listened to today’s Senate Select Committee on Intelligence hearing on Foreign Influence Operations’ Use of Social Media Platforms closely. The Attorney General has convened a meeting with a number of state attorneys general this month to discuss a growing concern that these companies may be hurting competition and intentionally stifling the free exchange of ideas on their platforms.”

Keep in mind, the hearing was supposed to be about how foreign intelligence uses social media to influence the American people. Instead, the DOJ is all about government mandates (or worse) about “political bias”.

If the Republican Party continues on this course (and given that Trump is pushing the matter, this is very likely), then it will become the party of nationalizing Silicon Valley, the party of putting America’s most dynamic and fastest growing sector under government control.

Michael Lind once pondered, in Politico, that “The Democrats of 2030 may be more pro-market than the Republicans.” At the rate the GOP is going, despite the desire of many Democrats for government-monopoly health insurance, the switch will come much sooner than 2030. Indeed, one could argue it’s happening right now.

So be prepared, my fellow Democrats, and try not to faint.