END_OF_DOCUMENT_TOKEN_TO_BE_REPLACED

Against the New Isolationism 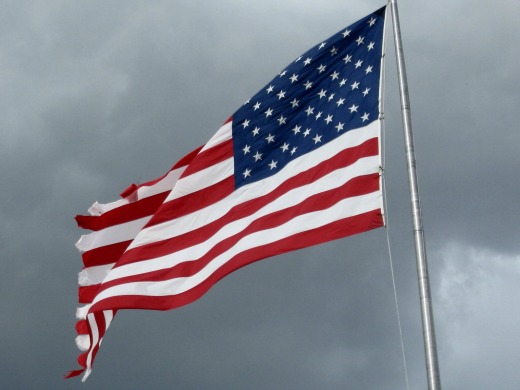 Against the New Isolationism

As good as the principle of democracy is, it can not defend itself. Like everything else in the battlefield of ideas, it needs people to champion it. For decades, the understanding that a more democratic world was more just, more prosperous, and more in America’s best interests was carried forth by those who called themselves neoconservatives.

It’s been a decade since  our time seemed past. In the interim, our alliances and our interests have been questioned from right (the Trump-led GOP) and from left (the newly emboldened left wing of the Democrats). Absent a re-engagement, this combined and bi-partisan isolationism will lead to an American retreat, a global disaster, and more costly American return to global prominence. We can and must prevent that.

The Bloody History of Ignoring the Tyrannies of Others

We can begin by reminding our fellow Americans why democracy is as necessary to export as it is to maintain. America learned the hard way – within a generation of her founding – that attempting to ignore the arguments between two major powers less democratic than us was impossible. Our attempts to steer clear of war with France in 1798 put us on an inevitable path to war with Britain (arguably the moredemocratic of the two) fourteen years later. In the midst of the Civil War, we recognized that Mexican democracy, for all its flaws, was a better neighbor than a would-be monarch backed by yet another tyrannical Napoleon.

Even those lessons paled in comparison to the importance of democracy in the 20th century. We shrugged our shoulders as democracy died in interwar Germany and Japan (the latter by literal assassination), convinced it wasn’t our concern. We found out the hard way just how wrong we were.

Even after World War II, the lesson was lost on occasion. We spent the middle period of the Cold War telling ourselves anti-Communism was more important than democracy – as if that were an actual choice. By the time the Reagan Administration made democracy promotion a priority – and not just in places with Soviet regimes such as Nicaragua, but even with “friendly” tyrants in the Philippines, South Korea, and Chile – the mistakes of the 1960s and 1970s were there for all to see. Some are still with us, such as in Southeastern Asia.

It was in this period that neoconservatism first became a well-known term in the policy realm: a home for the Democratic Peace theory – i.e., democracies are far less likely to fight each other, and more likely to work together, than tyrants. When the Cold War was won, this became conventional wisdom, along with a dangerous overconfidence that democracies were not only better for the world (which they were), but so obviously better that they would be easy to build (which they were and are not).

The Fall of the Vision

This brings us to the mistake that felled the movement: Iraq – but not the mistake people think. These days, even the most well known and prominent neoconservatives and fellow travelers have called the liberation of Iraq an error. I won’t because it wasn’t.

Whatever one may say of Iraq’s stumbling democracy, I refuse to believe that Saddam Hussein was as better leader, or that the people would be better off under his tyranny. Given that so many of his regime’s middle ranks became the backbone of al Qaeda in Iraq (and its successor, Islamic State), it should give people pause to ask themselves if they would really prefer that crew still controlling and entire nation, with the apparatus of a reign of terror in place, and massive oil reserves at their disposal.

No, the mistake in Iraq was to assume it would be as easy to democratize as Eastern Europe had (supposedly) been (in fact, Eastern Europe had growing pains of its own – and as Hungary as shown, is still capable of backsliding). By the time President Bush the Younger recognized the task in front of him, the American people had lost patience.

Amidst the many differences between the two presidents who succeeded the younger Bush, one key common factor is this: they were both elected on promises to reduceAmerican obligations abroad. Indeed, it was a critical part of both their success.

Why We Must Return

The results are the danger we see around us: alliances fraying, American leadership replaced with mercantilist isolationism in the White House, while the opposition party is engulfed in arguments between the holdovers from the 1990s consensus and a new Blame-America-First isolationism on the left.

Neither have the foresight to recognize why the international order America helped build after World War II is so important. It’s up to those of us who dorecognize it to speak up, now.

We can start with simple questions. Who do the isolationists expect to replace us as the lead superpower? The Chinese Communist Party? Vladimir Putin? The confused, insular European Union? India? The first two would be a disaster for the planet, while the latter two are in no position to take up the mantle (and I say this as a friend to India).

What makes the isolationists so certain that unmolested tyrants will be more friendly to us than democracies? Again, has Putin simply allowed us to govern ourselves without intrusion? Has the Chinese Communist Party reined in its Korean satellite regime? Have Ortega and Maduro made their nations less likely to drive people to our borders, desperate for a peaceful and free life? Are the peoples of Africa truly better off with governments stealing from them to pay off Communist Chinese lenders?

Finally, and this one may be difficult for those who reversed themselves on Iraq, but the questions need asking. Who is superior to the democracies in the Middle East (the mature Israel and the developing Iraq and Lebanon)? An Iranian regime that is helping Bashar Assad butcher his own people? A Saudi monarchy that kills journalists with impunity?

The Contours of the Debate

To be clear, I’m not asking for a military-first policy – and none of my fellow neoconservatives (or whatever label they choose) should either. The problem is more fundamental. Arguments over the most efficient types of intervention against the tyrants of the world are necessary to find the optimal courses of action.

In this time, however, the very alliances and the very notion that democracy is superior to tyranny are under rhetorical assault. That can not go unanswered – and, for what its worth, it will not go unanswered as long as I am posting here.

international isolationism
Not finding what your looking for? Try a search