END_OF_DOCUMENT_TOKEN_TO_BE_REPLACED

Running Down The Impeachment Clock 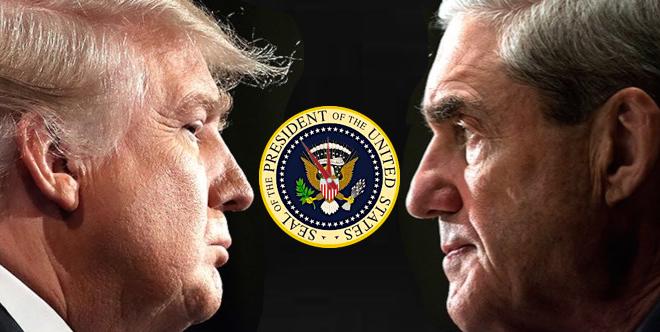 Running Down The Impeachment Clock

What if Robert Mueller delivers a scathing criminal report against the Trump campaign, but it comes too late?

You may not realize it, but there is a very definite game clock on impeachment, and it is quickly winding down.

Even if the special counsel delivers a searing critique of Trump campaign Russian collusion and criminal conduct backed by mounds of evidence, it will take time for that to be converted to articles of impeachment. First, the report may be held back at DOJ as long as the Trump side feels it can hide it from public consumption. Then hearings have to be scheduled and held, in which witnesses will have to repeat their testimony. Some of this may be forced into closed session, further delaying the facts from the American people.

But even once open hearings commence, there is a process and it will take time. The Senate Watergate Hearings opened on May 17, 1973, yet the Select Committee didn’t issue its 1,250-page report until June 27, 1974, thirteen months later. In the House, the investigation formally began on February 6, 1974, but the Judiciary Committee didn’t vote on articles of impeachment until June 27, almost six months later.

Similarly, the House began its impeachment inquiry into Bill Clinton in October of 1998, but didn’t vote on articles of impeachment for another two months, and the senate trial didn’t begin until a month after that. And that was a simple case, with very few witnesses and DNA evidence of the alleged crimes.

A modern-day House investigation into an international conspiracy to defraud the United States would likely move much slower. Let’s say Mueller delivers a report sometime in late March, and it is made public by late April. (Those dates seem highly optimistic at this point.) That would be nine months before the Iowa presidential caucuses. The House would have to digest the report, schedule hearings, and begin taking testimony. That could be a two to four month process, or longer. Remember, this is an international investigation with a lot of national security tentacles that may not be fit for public consumption. That will mean much of the hearings happening in closed session with very little of the results being made public until much later.

Even if congress were to vote out articles of impeachment by mid summer or fall, it may be too late. There is nothing in the Constitution setting out a timeline for the impeachment process. So it’s very likely that Senate Majority Leader Mitch McConnell would delay, distract, and try to avoid his Constitutional responsibility. Remember, this is the man who denied Merrick Garland a hearing for ten months, rationalizing that the will of the people (in the form of the 2016 election) should decide who fills the empty SCOTUS seat. This flew in the face of conventional constitutional wisdom. McConnell did it anyway.

If articles of impeachment did not arrive at the Senate until mid-summer or early fall, McConnell could simply rule that the impeachment trial is coming too close to a presidential campaign, and it would be manifestly unfair to the GOP front-runner (Trump) to put him on trial during his re-election run. The Senate Majority Leader might argue that the American people should be able to decide who they want in the White House (as he argued during the Garland imbroglio). The Democratic establishment – and the public at large – could yell and scream and demand he relent (as they did during the Garland imbroglio). Legal experts on MSNBC and CNN could declare it a blatant abuse of the Majority Leader’s constitutional powers. But it’s Mitch McConnell. He’ll do whatever he damn well pleases.

And if Trump wins re-election, he would be virtually immune from any crimes committed during his first presidential campaign, even those in the articles of impeachment. The logic would be, he was re-elected by the American voters, who had the facts, made their own personal impeachment votes, and declared Trump not guilty. Any senate trial at that point would be moot.

That would mean four more years of a corrupt administration unbound by the constraints of congress and its own criminal misdeeds.

Look, I don’t know Robert Mueller, and neither do you. All we know is his reputation for diligence and fairness. Maybe these political calculations are simply not on his radar. Maybe he thinks it’s more important to do the job right than to meet a political deadline. But if he doesn’t deliver the goods in the next few weeks, it’s possible that all his diligent work will end in nothing more than a history report with no legal teeth.

Now is the time for Democratic leaders in congress to put a full-court press on Mueller to show his hand and let the chips fall where they may.

Because the closer we get to the primaries, the better the chances that Trump and his GOP teammates will play out the clock and make a mockery of justice.