END_OF_DOCUMENT_TOKEN_TO_BE_REPLACED

At War With Millennials 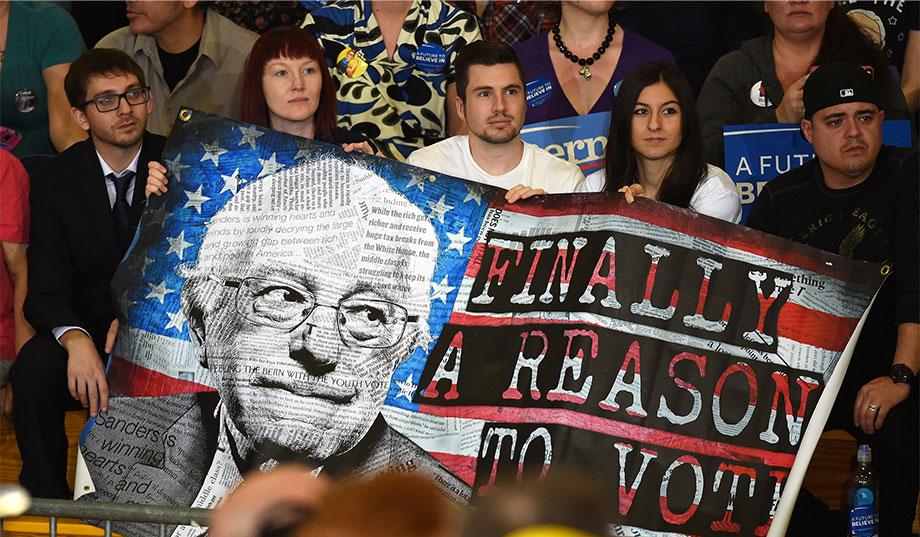 At War With Millennials

There are some 80 million millennials in the U.S. today, approximate 25% of the country and 31% of the voting-age population. And they seem angry. As I scan their posts in my Facebook political group, Open Fire, I invariably read sentiments like, “Your generation screwed it all up for us” and “Now we are left to clean up your mess.” This is especially true inside the Democratic party, where more liberal leaning young people eternally bitch and moan about their elders in the progressive movement.

But their self-righteous condemnation is misplaced. If millennials want to solve some problems, the first place they should look is a mirror. They represent almost a third of all potential voters, yet they turnout in historically poor numbers. If those 80 million potential voters – who skew heavily Democratic – voted in percentages more in line with older demographics, this nation would look vastly different than it does today. Only 49% of them bothered to vote in 2016, some 20 points lower than baby boomers. In a presidential election that was decided by a mere 77,000 votes, their lack of participation was clearly the difference.

And their midterm turnouts are even more miserable. Voters under 30 made up just 13% of the total votes cast in 2014 and 12% in 2010, about a third of the Boomer turnout.

Yet the millennial generation takes no responsibility for their communal lack of civic passion and effort. It’s as if their friends’ indifference to their political future was somehow our fault.

Let’s look at the playing field. Did the generations that came before them make mistakes? Sure. Lots of them. But we also gave them the internet, smart phones, sixty years of relative peace and prosperity (with a few dark spots along the way), advances in medical science, cures for AIDS, eradicating Polio, reliable birth control, and a slowly improving social contract for minorities and LGBTs. Is it perfect? No. But is it progress? Undeniably.

As for education, we built the best public university systems known to mankind, with massive discounts for instate tuitions. Yet less than half of all college bound students take advantage of their own state’s universities and the associated in-state tuition. They would rather inherit tens of thousands of dollars in student debt to move across country than go to an equally fine college a few hundred miles away. Then they complain about the student debt we’ve saddled them with. In 2014, 10,230 New York high school grads left the state for pricier out-of-state schools, while California saw 17,196 of its graduates migrate elsewhere for college. Is it the baby boom’s fault a New York high school senior with a 3.8 GPA chooses USC over SUNY Stony Brook? I get that the winters are nicer in Los Angeles. But $150,000 nicer?

We also gave them online voter registration and “absentee” vote-by-mail, making their commitment to political change that much easier and convenient. Too much of a hassle to stand in line on election day? A pen, ten minutes and a stamp is all you need. (In some states, even the stamp is optional.)

The one thing we didn’t give them – and for that we should take responsibility – is a broad understanding of the electoral process. Radicalism (liberal and conservative) works fine in the streets, from the anti-war protests of the sixties to the Stonewall riots to the BLM and MeToo movements. But real political courage takes place by coming together for a common cause greater than your own ideological purity test. Would single-payer healthcare and free public colleges be nice? Sure. There are a lot of things about the Democratic Socialist movement that would probably be an improvement. But is it politically viable? No, and not even a Sanders-Warren administration will change that.

Because while it’s true that Americans as a whole lean liberal on most issues, the historically low levels of millennial voting participation has allowed our governing institutions to veer far right. Sadly, a mere 17% of our national population holds a majority representation in the U.S. Senate, and the equally disproportionate electoral college means a Democratic presidential candidate has to win several million more votes than her Republican opponent just to have a chance. With the highest court in the land now firmly ensconced in conservative hands for another generation or longer, it’s impossible to see a scenario where our representative democracy becomes more aligned with the progressive values of voters overall.

To stop from slipping further backwards, we need to band together as a party and hold the line on social rollbacks and corporate giveaways. Every seat in the House and Senate is ground we must hold until the presidency and its inherent levers of power are back in Democratic hands. There is no room for ideological purity tests on this current political battlefield, or for fragging our own. I personally will support any Democrat who gets nominated for any seat. My only litmus test is the D in their bracket. Ideological purity is a luxury for the party in power, not the one seeking it.

But enough finger pointing. I’m not here to beat up on millennials. I just ask that they stop beating up on me. We mostly share the goals of an improved healthcare system, lowering our environmental footprint, battling wealth inequity, showing compassion for minorities and the disadvantaged, and advancing civil and gender rights. Our prescriptions differ at the margins, but our ideals are in line.

Kevin Kelton is the founder of Open Fire Politics and cohost of The More Perfect Union podcast.

3 comments on At War With Millennials