END_OF_DOCUMENT_TOKEN_TO_BE_REPLACED

The Mueller Report NOT To Expect 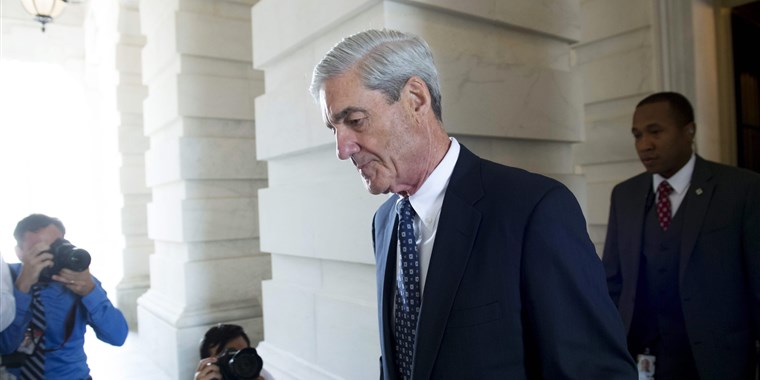 The Mueller Report NOT To Expect

Re:  Final Report from the Office of Special Counsel

It is with great regret that I must issue this Final Report from the Office of Special Counsel announcing that we hereby close our investigation into Russian Interference with the 2016 Presidential Election with no finding of wrongdoing in this matter. I am sorry to say that after fifteen months of rigorous investigation by the nation’s premier team of criminal investigators and prosecutors, and at a cost of millions of dollars to U.S. taxpayers, our efforts were all for naught. Quite simply, we were stymied by the superior intelligence and cunning of Donald J. Trump and his campaign cohorts. In short, we failed.

Specifically, while my team was successful at chasing down thousands of leads and obtaining some 19 indictments and five guilty pleas from individuals and companies who worked together to elect Mr. Trump, we were helpless to build a case proving their illicit actions really happened. Even with bank records, wire-tapped conversations, thousands of emails, and other incontrovertible evidence of their web of conspiracy to affect the 2016 election, we have decided to hang it up and call it quits without attempting to make a case to the American people, the task we were specifically assigned and sworn to carry out.

While there is ample evidence that campaign staffers Michael Flynn, George Papadopoulos and Carter Page met with Russian operatives to discuss publishing materials meant to discredit candidate Hillary Clinton in exchange for a more favorable foreign policy toward Russia once the election was over (including changes to the RNC platform made at the behest of campaign manager Paul Manafort to benefit Russia in the Ukraine), we are stymied about how to prove said quid-pro-quo conspiracy so that rural voters and GOP Senators might comprehend it.

Further, despite thousands of documents showing unreported illicit financial transactions and favors of influence between Russian oligarchs and Mr. Trump’s family, we were unable to connect the dots of collusion between Russia and the Trump campaign, even though the President himself is on public record asking for their help to smear Mrs. Clinton with illegally hacked emails, and even though the President’s son, son-in-law and campaign associates met and spoke repeatedly with Russian operatives in furtherance of their efforts to illegally obtain and release her emails, and even though Mr. Trump and family would have been the sole beneficiaries of said collusion to affect the outcome of the election.

Moreover, while we have documented proof through emails, tweets and sworn witness testimony that Trump confidant Roger Stone personally engaged Julian Assange and the Russian hacker Guccifer 2, who went on to procure and release DNC and John Podesta emails to damage Clinton’s campaign only days after Stone predicted those events on multiple media outlets, we felt we had no choice but to accept his explanation that he was merely joking and the timing and specificity of his “jokes” was a coincidence. True, we could have called Mr. Stone to testify under oath and catch him in multiple changes in his story, but why bother? He said it was a misunderstanding and we have to take an upstanding man like him at his word. To have done less would have been a perjury trap.

Similarly, the fact that the President attempted to obstruct justice by firing FBI Director James Comey and through other documented efforts to derail our investigation is simply beyond our capacity to prove in court. As you know, the President claims it was all a misunderstanding, and the American people would surely believe a sitting U.S. president with a 13% “honest and trustworthy” rating over contemporaneous FBI memos, the sworn testimony of multiple eye witnesses, and every single officer of the U.S. Department of Justice.

I know you and the American people were hoping to find closure through our investigation. But frankly, the only way to do that would have been to put the key witness on the stand. And any effort to subpoena the President to testify under oath, as was done in Clinton v. Jones and upheld by the U.S. Supreme Court, would have been an unconscionable perjury trap and may have insulted the President’s feelings as well. No president of the United States can be expected to testify truthfully and get his multiple different stories straight under that kind of pressure.

In all candor, it appears that Mr. Trump and his team of neophyte political amateurs were just too cagey and sinister for us. For that, and for all the negative press generated by the President’s disinformation campaign while we professionally and meticulously investigated this case out of the public eye as we were constitutionally charged to do, I humbly apologize. And if you’ll authorize it, I would like to testify in front of Congress so I may publicly clear the President’s good name and admit the folly of our partisan attempt to reverse his magnificent electoral mandate.

Oh wait!… No, I take that all back. I don’t know what I was thinking. It was 2 in the morning and I was Ambien writing.

We are still investigating. Further criminal indictments and referral for impeachment forthcoming.